I’d not have noticed were it not for Amy calling from the back of the bus, as though we were the only passengers and it wasn’t as late as it was – how the moon was following us along our way, dancing atop of the Andes in the night with no care for what might think the stars of its escapades, that long calm ride out of blissful nowhere and into the future. Or that I could enjoy the company of softness unabashed leaning in to conversation and my soul immediately like we’d known each other forever and little by little, falling and willing, I’ve never known Christmas mornings quite as wonderful as that descent. Such wanton curiosity and tender openness after a few hours acquaintance, within which time our lives had been searched and laid bare for discovering, and it’d been decided as I stared past her doting and into the night at the leaping moon coming to my conclusions only then and feeling every blink of her eyes; that I was her angel, and she really believed it to be so, in the most honestly reflected way with all of her uninhibited heart. And although falling went opposed to everything strong I’d ever known and put up, I knew then at last; that my purpose after all was simply to love with all that I had. 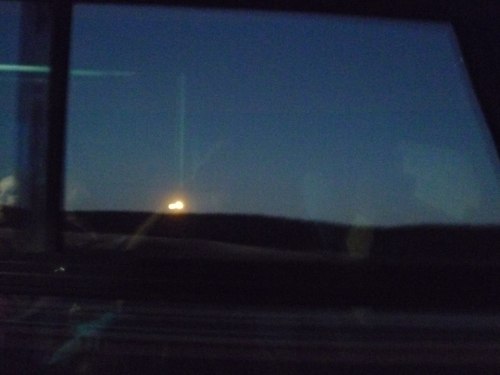